“The state of mind which enables a man to do work of this kind is akin to that of the religious worshipper or lover. The daily effort comes from no deliberate intention or program, but straight from the heart.”  – Einstein

Liam the Bike mechanic is talking us through the intricacies of tuning cycle gears.

He points to the tiny inhibitor screws on the gear derailleur (thing that changes gears on the back wheel of a bike….yes..I had to look up my notes) and explains that loosening or tightening these screws affects the movement of the mechanism across the gear cogs. (forgive my lack of detail, I got the gist)

He demonstrates by tightening one small screw and moving the pedals, clicking gears up and down….he points to the hesitation and resistance in the gear shift – to me, it looks taut and the chain jumps snappily from cog to cog .

Then he loosens the screw massively and the gear shift flops idly, chain rolling without precision onto cog after cog and back down.

The trick, he tells us, is to find good tension.

END_OF_DOCUMENT_TOKEN_TO_BE_REPLACED 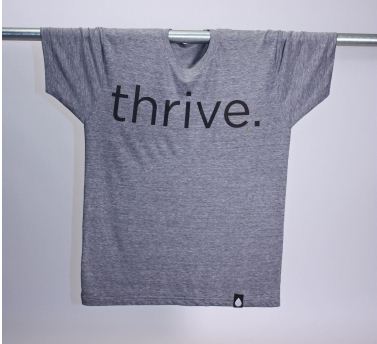 Sometimes in life you get a wee boost of something that inspires. When a copy of Arianna Huffington’s book – Thrive, dropped on to my mat a couple of Saturdays ago, courtesy of Random House Group (humble thanks to Neil Morrison (@neilmorrison on Twitter) – I suspect you know what you were doing… damn you!) – I was making a cuppa and had about half an hour to spare…. I started flicking through the book and ended up tucked up reading for over an hour (apologies to my mate Liz – I was late for good reason, honest!)

The basic premise is this: we are mostly operating in a world where success is defined through money and status. This brings about emptiness, stress and burnout. It means we are encouraged to spend our lives striving for money or getting one over on others. We end up divided and filled with compromise as work & life are seen as binary and non-inclusive…..In this particular reality – we battle ourselves and each other. Not. Too. Smart. END_OF_DOCUMENT_TOKEN_TO_BE_REPLACED 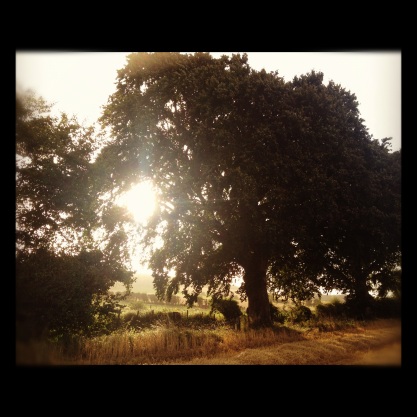 Until last year, I never really thought about creative energy.

If I woke up at 3 am, with ideas whirling around my head, I believed myself to be stressed, out-of-control, that sort of thing. There would then follow much duvet-battling and inevitably, I’d try deep breaths & clearing my mind of busy-ness.  After at least an hour of this messing around I might eventually get back to sleep & wake feeling knackered, beleaguered, fatigued. To me, it was destructive – never generative.

At some point, toward the end of last year, I gave up fighting.

If I woke up and all the world was circling around me – tasks, notions, plans, past, schemes, guilt, niggles whatever – I started getting up and taking them for a cup of tea.

I’d wrap myself up in a soft patchwork quilt, take myself up to my desk-and-thinking-space at FBHQ, switch on the heater, sip my tea and say “Right then. What IS it?” (usually with a good chunk of attitude – I figure the least I can do is let the demons know I am unimpressed by their 3 arrival. Hey –  I’m not a push over)

It sort of links to the Rumi poem a few blogs back – Welcoming the crazy as it sweeps through your head; trusting that sometimes stuff comes up- not to push you down, but to push you forward… if it’s there – if it’s going nowhere.. well, surely it’s asking (demanding?) to be dealt with. .. what if it’s there for good-not-harm?

Over the last week, I’ve had four nights bringing in the wee small hours, clasping a cuppa and asking “Right then, WHAT?” in a seriously chippy fashion. Turns out I have an idea which wants some full-on 3D form in the world… It is demanding my attention and even though I have begged it to bugger off  “Dude, seriously. You’re making me look like a bag lady”  this idea is bigger than me – it needs to be heard.

I told one friend I’d been riding the 4am bleary bus to Resolutions-ville & she said “oh.. I love it when that happens. It’s creative. ” Another two friends are now worried about my stress levels and pointing me to meditation & Bach Rescue Remedy.. or wine…  It kind of makes me not want to ‘fess up my manic to them- they will worry about me… think me strange….

My confession is this. I kind of like 4am. It’s quiet and spacious and precious. If that makes me manic, then I can live with that. I believe it also makes me mellow.

The photo is of the beech tree  on the little hillock I pause under every morning on the dog-walk. If I’m ever manic – this is the where I start to mellow my day.

I’m battering this down during a tea break at FBHQ.

Fuchsia blue & I are facing a busy June – a smattering of coaching, an Away Day in the Highlands for a Charity ( Partnering the deeply lovely Michele Armstrong from Acorn Principle Plus: www.theacornprinciple.com). There’s a London jaunt – mixing up business (Action Research. Developing Mentors. Exploring the design of an International Manager programme to run in 2013) with the joy of meeting up with friends.. and I SO love going to London – I feel utterly like a country mouse & adore just walking and walking and seeing where my feet take me.

There’s the third workshop in the MSc, with a ton of reading to get through ( which I’m loving) and a load of 360 feedbacks for a Local Authority…..outside of work, there’s about to be a noisy invasion of Jersey friends with new member, Charlotte (too gorgeous). Dad’s turning 71 & my mate Carolyn is taking me out to try to convince me to go to a school reunion (really? really? But why???) ..oh.. and did I mention the triathlon training? Good job June has long days….

I’m mindful this might sound like moaning and/ or bragging here – it’s intended as neither – it just is at it is. A joyful jumble of different types of work and play which will involve me being with great people, travelling loads and talking a-plenty.

And what I’m learning is I need to make some space in all of this to not be too jumpy-about-extrovert. Slow time is important. That all this doing means very little time for being. That my body asks to be nourished, hydrated and rested and when it asks, I am often not listening, and yet it still works to sustain me.

Last week I took the dogs out for a long lunchtime walk. I usually stomp forth with gusto & typically have a head full of to-do-list or reflections. This day, I was sleepy and a bit battered. Long training sessions and generally being busy had kind of worn me weary. So I was walking slowly… looking around with care. Working to be present and notice stuff that I would normally just miss.

And I found this: 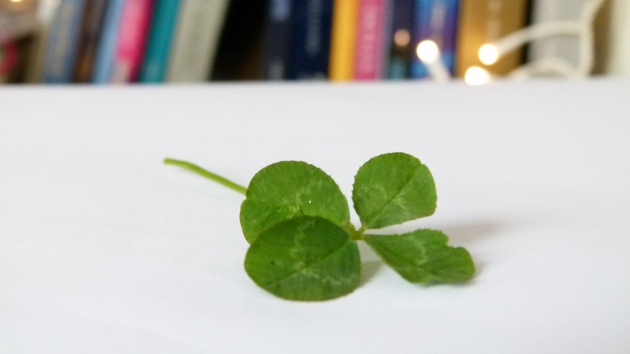 My reward for slowing down and paying attention to my body was the discovery of this four leaf clover – rare, a symbol of luck and good fortune. How. Cool. So I thanked the Universe/ cosmos/ Gods of Serendipity/ whatever else your poison is and took the following lesson:

Slow down & you will find gems you’d otherwise have stepped over.

And as I’m about to rattle off to tick through my To Do list, I’m already wondering how long the lesson will hold for.

Does anyone write a “To Be” list, I wonder? (anyone other than Hamlet? :))