This was a topic chosen by Kez Smith & I hope touches something close to most of our hearts.

If you are joining now.. this is a #21daysofWriting Challenge I’ve set myself – topics crowdsourced by good people in my network.

They come in all shapes and sizes, Furry, Hairy, Fluffy, Shelled, Scaled, Finned, Combed….. Some say we look like our pets. When I look at my slightly overweight, middle-aged black Labrador, snoring peacefully beside me, covered in grey hair with really bad bad breath…I hope this isn’t so.

But what do we learn from our non-human buddies? What life lessons do they bestow upon us with their presence?  Based on previous pet-experience, here are two suggestions:

Yes. I thought I’d start straight on a cheery note.

This lesson is brought to you, courtesy of 2 goldfish, won at the Aberystwyth Fair one night some time in the mid 1980’s.  The terrible truth of this story is I can’t remember the names of said fish (In my head it is Finbar & Fishbar, but I know these were the names of my brother’s goldfish, later in life).

I remember winning them at something akin to a coconut shy (again – details sketchy on this one) and bringing them home, carefully holding the clear plastic bag in the back of the car. Either my Dad or my big brother warned me the fish were unlikely to survive the night. I was determined. These fish would live until I was old – like, maybe even 17. These fish would be kept alive with love.

That first night, the fish swam in a Pyrex bowl usually saved for cooking stuff in the new microwave. I was concerned about this… that they might end up in the fridge or zapped accidentally, but they were still there the next day. Alive.

They were pretty and orange. “Why do they call them gold?” I asked – I still don’t think I know, now I think of it. No matter. To me my orange-goldfish were perfect.

After school that day, mum took me to a pet shop (I’d never been to a pet shop) where the fish were bought a proper bowl, gravel, food and the wee man gave me instructions for looking after fish. The need to clean the bowl and top-up the water carefully was verbally underlined. Don’t worry, Good Sir.  I am keeping these fish alive and happy.

On returning home, the fish were transported gently into their new aquatic surroundings – with Mum adding a special prize of two fairly large white coral chunks which had previously been ornamenting the bathroom. Happy fish. New landscape. All was well.

Until, that was, I returned home from school one day to feed the fish, as usual. There they were, floating on the surface, pale and un-orange. Surprisingly white in death. Both fish. Gone. Both. On one day. One must have died of heartbreak when the first one died. My plan for old-age fish died with them. I was devastated.

The fish were given a proper burial, in the back garden. I made a little cross out of lollipop sticks and the white coral was placed on top as a sort of marker. Sad times.

The end of that particular fish-tale you’d think…only….it turns out my fish did not collectively and naturally meet their maker, as I had assumed.

The fish had, indeed, been alive for months. And in that time the white coral chunks had grown slimy and greener and greener. My lovely mum decided this wasn’t a good look and reasoned it was probably not good for the fish, so she took the coral out and gave it a damn good bleaching…. Not fully realising that coral is porous. So when, even after rinsing it through a few times, she put it back in the water….

Point 2: They don’t speak your language

Around the same time, my Dad decided we needed a working sheepdog. We were living on the Welsh Agricultural College’s sheep farm in mid-Wales. Dad lectured there & ran the working farm. A little dairy, a little arable, but mainly it was the flock of a few hundred ewes that occupied us. We had a full-time Shepherd, Bertie – who was wee, barrel chested and dark. A serious man of few words. He spoke Welsh as his first language, English as a halting second. Bert trialled sheepdogs Nationally. He was a man who knew his stuff. To my knowledge, Dad consulted Bert about the sheepdog purchase, then went off somewhere to Powys, bringing back a 9 month old, semi-trained, skinny black-white and tan Collie.

Choosing to acknowledge our Scottish roots, we named him Jock.

We had high hopes for Jock – he came from a proud lineage of working dogs. Dad commenced training with the dog with gusto… but after 10 days or so, he admitted the dog confounded him. One Saturday morning, as I pulled on my wellies, Dad said we were going to pick up Bertie in the Truck to “See what can be done with Jock.”

Jock was in the back of the pickup as we drove, face fully into the wind, trying to bite the air as it passed him. My father was unimpressed “look at that daft mutt.”

It seemed we had been sold a pup. Literally.

20 minutes later, I’m standing on the field gate, beside Bert the Shepherd, who was leaning on his crook, flat cap pulled firmly on, Pipe in mouth, watching Dad and the dog.

The dog split the flock. He ran left, enthusiastically, when right would have worked better. He lay down only after several screams. Jock-the-Dog was, indeed, hopeless.

I said so to Bert. Confidently repeating Dad’s assertion that  “This dog is no use”

Bert sighed. Shook his head. Took his pipe out of his mouth and said darkly: “It might not be the dog, Julie fach”.

I looked on at the scene anew.

The dog LOVING every moment of running about with sheep – the sheer joy on his face, utterly unconcerned by the yelling Scotsman.

Eventually, Bert could take no more. He shouted Dad back and went into the field.

He called Hopeless Jock over, knelt down beside the dog and seemed to talk to him.

After a minute or so, he stood, full-shepherd, crook slightly out and began running the dog.

Bert walked calmly back, broad chested and slightly bandy-legged, Dog at his side. As was his way, he stopped without saying anything & started stuffing his pipe.

After a moment or so, he lit the pipe, took a puff or two and looked at my Dad.

“I think I know the problem, Bill.”

My Dad looked up

“This dog. He came from Powys, right?”

It took a while to find what I wanted to write. The title invited an element of “expert”

What Could We Learn From Our Petssounds like something requiring something Proper.

I spent a couple of hours trying to write properly… racking my brains for something intelligent and wise to say.. and in the end, it was stories from my childhood that really resonated… the Goldfish tale and the, frankly daft, notion that a dog might “speak” Welsh. Both are true stories –blurred by memory and my brothers will doubtless tell me I’ve made stuff up… creative license? But when I started writing these tales, it flowed more easily, it was fun – I remembered more deeply than I expected to….

I also felt dodgy putting Welsh words in the tale of Jock – the endearment fachinstead of the formal version of little, bach. Google Translated “The Dog Speaks Welsh” and for any Welsh speakers ( Mark Hendy & Kate Graham, I particularly have you in mind) I may have added something comedy or true or awful in trusting a search engine…

Both stories still make me giggle… so I guess that’s been part of the pleasure of sharing. 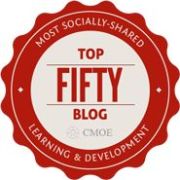