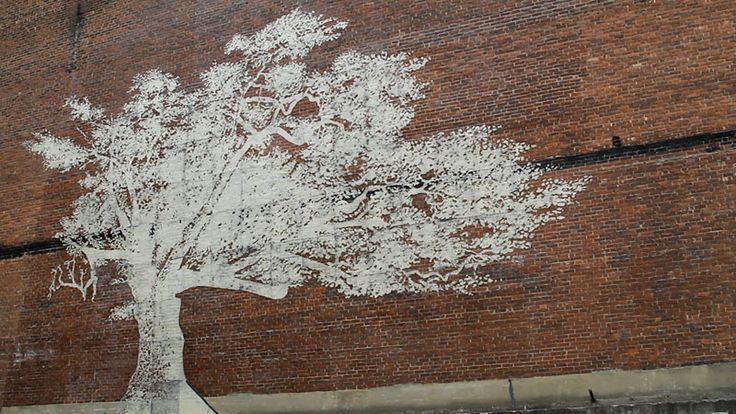 (aka: Why I think if you work in L&D/OD you should be active on Social Media.)

So I’ve been thinking.

I’ve been in few conversations of late with folk who work in organisations and whose job seems to be about delivering/ improving people development or engagement or organisational culture. At the same time, I’m in conversations with those who are consultants, external experts, trainers, facilitators, coaches – folk who offer to design and deliver interventions for clients or into a client system.

And I keep bumping into some sort of Social Media Wall.

On one side of it, there are a community of practitioners who have embraced Social Media – they Tweet, Blog, their presentations are swoopingly Prezi-ed or eye dazzlingly Haiku Decked. They have TED talks at their finger tips, can crowd source ideas in under 10 minutes through Twitter and can tell you what the emerging live themes from a HR Conference in Austin, Texas seem to be. They know a MOOC from a Module and can discuss the benefits of either. They are in touch with practitioners from France, Romania, UAE South Africa, India, Singapore, New Zealand, Canada & the USA, with everyone in between. They carry chargers with them everywhere.

On the other side of the Wall, there are a community of practitioners who embrace networking on a face to face basis. They keep up to date by reading widely, meeting and talking with others, using the Web for research purposes. They go to conferences annually to understand and consider what is emerging in the field. They read publications that give news from the wider Profession. They are often widely connected and networked still, with the capacity to pull in new thinking through the virtue of who they know. They carry chargers with them most places (it’s universal issue).

Now before I go further – I’m not saying one is right or good or The Only Way is So-Me – I’m laying out what I think I see here. I am aware that I am making generalisations– work with me a little? For the purposes of the point, I need to work with a broad brush.

I think it is fair to say I’m firmly on the “Active” side of the social media wall. I tweet, blog on both WordPress and LinkedIn now; I’ve spoken about use-of-Social Media to groups of practioners; I’m up to my eyes in getting the L&D Connect Unconference going in Glasgow on 3rd October (shameless, unsubtle plug – welcome to Social Media) I’m working with “virtual” groups in organisations to build virtual networks and communities of practice…..

And so here is the thing… the thing that’s kind of scratching at me – I am increasingly having to translate some of the activities that seem so “normal” within my virtual, social world. As I speak about what I’m up to these days, I can find I’m talking to a wall of confusion ….. My high connectivity is leading to disconnect.
An example is when I say that I met someone “on Twitter” or “We were talking about this at the Connecting HR Tweet up in Manchester…” “Hold on – let me just Shazam this tune and download it on to Spotify to listen to later” or  “Is there a hashtag for this event?”

From those who are on The Other Side I get the impression I’m kind of: a) speaking a different language b) a little bit eccentric/ dangerously delusional c) have too much time on my hands.

And this perception might be fair enough – but I feel I should make The Case for My Sanity….

This is why I am active on Social Media.
This is my case for looking over here, if you are not already on this side of the Social Media Wall. (I am steadfastly ignoring the absurdity of writing this as a non-print blog, which will go out via Social Media to “virtually” well connected peers, friends and colleagues – I get the irony. I totally do).
This is my attempt to beguile or entice you to look again if you believe that this Social Stuff isn’t for you.
It’s my attempt to get you to think about what Social Media gives you, if you move to the other side.
Let’s see how we go.

Being part of a conversation
At the CIPD Scotland Conference in February this year, Jeff Turner Facebook Director of Learning & Development explained why they see social media as so crucial: “Our view? The conversation is happening, whether you are in it or not. Better to be in it than not”
Part of what brought me to Twitter in the first instance (and subsequently to read blogs from peers and people within my field….and then to write blogs) was the acknowledgement that there was an entire conversation, or actually many conversations, about the work I did, which I was entirely missing out on.

It was Jackie Cameron, of Consult Cameron in Edinburgh, who talked to me about Twitter and how she encouraged better use of Social Media wherever she could. She told me about blogging, about the information she gleaned from being on Twitter, how it had supported her and her business. Jackie was (and very much still is) a pioneer in this stuff. Without her nudging me forth, I may never have considered the virtual life of fuchsiablue…. or certainly I’d have been even later in adopting what has proved to be a rich rich source of information, friendship, client work and development of my thinking.

The point is this – one of the ways I feel I stay relevant is by plugging into and participating in the thinking and conversations that happen through Twitter, Linkedin, Google Plus and (in my case to a lesser extent) Facebook. I have learned about Pecha Kuchas, Unconferences, Open Space facilitation, virtual communities and how they need care and attention just like 3 D ones….. I now know things, work with things, that as a freelancer who does not have the organisational support mechanisms for CPD I would have struggled to hear about.

The Time Issue
“I don’t have time to be wasting on Twitter and Linkedin Groups”
Fair enough to some extent…
I tell one of those Chicken Soup for the Soul type stories sometimes:
2 woodsmen get into a debate about who can chop the most logs in a day.
They get started and every hour or so one of them pops off for 5 minutes.
After 8 hours, they stand back and look at the volume of logs chopped. The chap who has worked tirelessly has chopped significantly fewer logs.
“how? How can that be?” he asks the other woodcutter “You kept taking a break”
“No. I wasn’t taking break. I was sharpening my axe”

I think you get the point. From my perspective, some time spent daily, weekly checking out what is happening, plugging into people and stuff that, when I have my head down, I would never notice, isn’t time wasted. It’s time invested.

The volume of stuff I have learned from my network..the resources, the shared knowledge and blogs; the new methods for running awaydays; the challenges to my thinking (is there such a thing as employee engagement? Do “Millennials” exist? DO we really always need a coaching culture?). The list is endless.

Perhaps this is why it can feel a little scary? Perhaps the sheer volume and noise and seeming complexity just seems overwhelming? I remember that feeling.
What I would say is persist. Find folk who use social media and ask them how they use it, why they use it, how they fit it in to their busy worklives.
Because it will help you stay sharp – stay relevant and knowledgeable – therefore it supports your employers, your staff, your clients, your peers.

The Organisational Issue
I also believe that, if you don’t plug into at least some of this stuff, your strategies for supporting good Learning, Talent or Development in your organisation are under threat. You could be being told or sold something that is not needed, or fit for purpose. I’ve seen Tech-baffle, we all have – the smoke n mirrors that go along with “virtual solutions” etc. It is arguable that, if you can’t really understand the potential and pros/ cons of Social Media, there will be an impact on the capability of your organisation.

Getting Back to The Wall
If you are dripping in Social Media jargon – Twittered up, fully Storified, hashtagged, Liked and +1’ed, with blog stats to die for, please remember to not scoff or sneer at those who aren’t directly in your wake? To be fair, most of the social media savvy folk I have met virtually and in real life are super friendly and want others to “get social” – but I’m well aware that my tweet ups and Google Hangout suggestions can leave some folk a little “huh?”
So let’s go slowly with each other.
And if you are loathe to embrace technology…if you are suspicious of a data-rich world or you get angry at the suggestion that face-to-face contact, propped up with a few calls/ emails might not be enough to illicit change or sustain the good things happening in your organisation… can I ask you to sit quietly with someone who will talk you through some of it? Just have a look. Get some orientation. See what is out there that might be interesting, or useful, or both…

It’s not going away, this social stuff….. time to find the low point in that wall & peer over.

I don’t believe use of social media is “the answer” – but then I don’t believe there is “an answer” to anything in the complex world we live and work in.
I don’t believe this stuff has to be tough or complex… I believe it takes a little confidence and practice.

But what I know to be true, for me, is that on the days inspiration just isn’t coming and I feel stuck, baffled or really disconnect – I can find conversations and information virtually which nourish, sustain and reconnect me.

Now… where are the ladders?

13 thoughts on “Getting Over The Social Media Wall”